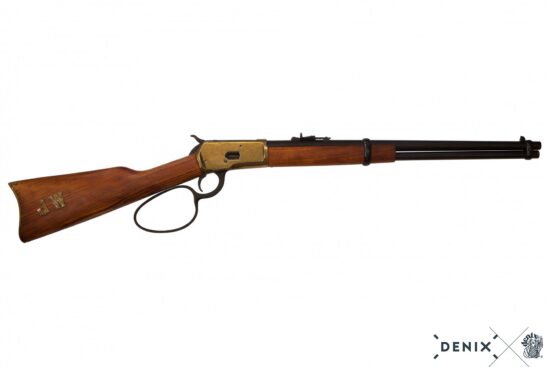 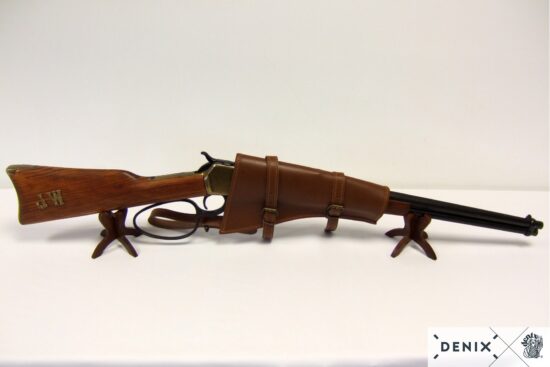 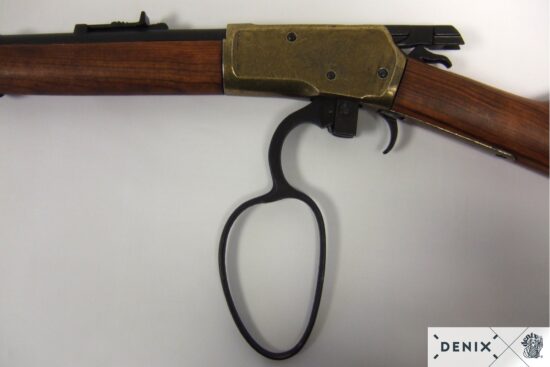 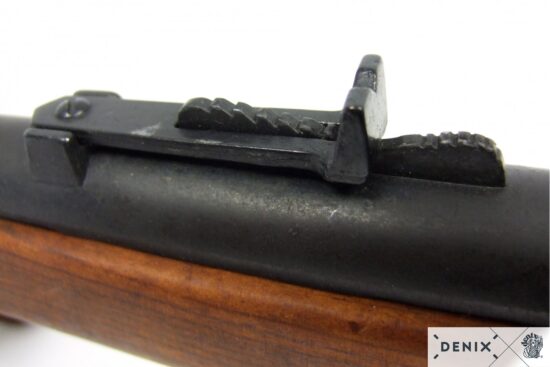 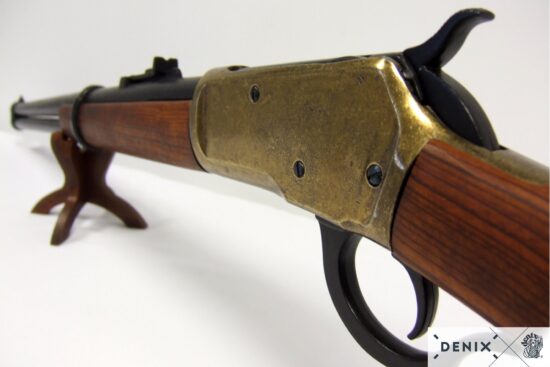 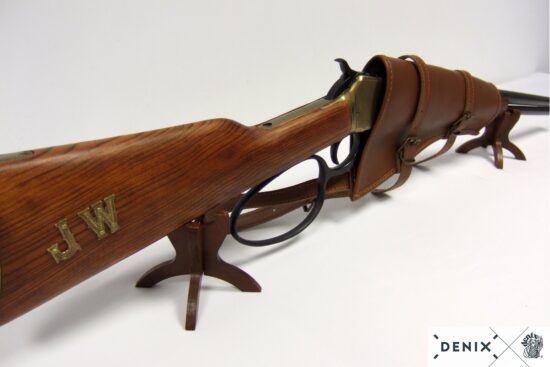 Reproduction of a Carbine, cowboy version, made of metal and wood, with simulated loading and firing mechanism.

Must of lever guns seen in the classic “western” movies are Model 1892 carbines. John Wayne used these rifles in dozens of movies about western period between the 1830s and 1880s.

The Model 1892 was a repeating rifle with lever action, that is, it allowed several shots to be made before recharging, expulsing the used cap and replacing it with a new bullet by the action of a lever attached to the trigger guard; so that comes the term “repeating rifle”.

Its operation consists of a horizontal movement closure that has the needle in line inside it; the lower lever when activated, unlocks the closure, then moves it backwards, discovering the breech, giving space to a lifting tile and mounting the hammer from behind. At the end of its travel backwards, the closure makes a bullet to move from the magazine to the lifting tile, and then the reciprocal forward movement of the lever makes the tile to rise, placing the bullet in front of the breech, where it is pushed in battery by closing. The last stroke of the lever upwards again blocks the lock in the firing position.

The design of this model was a return to its origins, using the shorter revolver cartridges that produced less pressure. It also incorporated a Browning action, which was much more resistant than the first rifles derived from the Henry. More than 1,000,000 units were manufactured.

Immerse yourself in the American Western with the historical reproduction of this DENIX carbine, a very much desired weapon by historical reenactors and gun collectors! 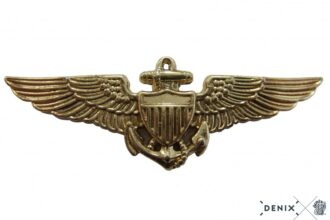 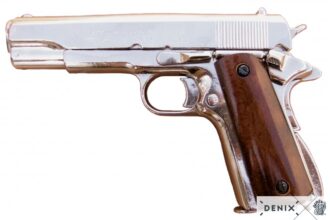 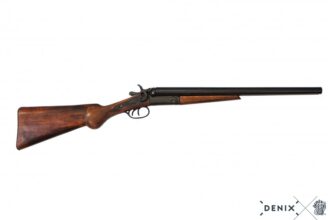 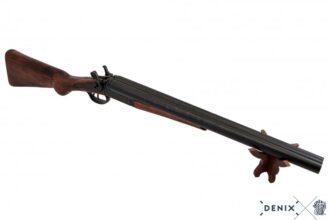 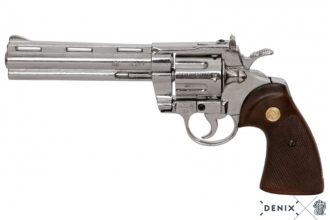 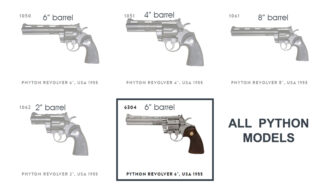 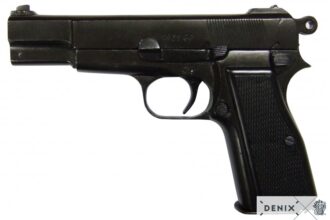 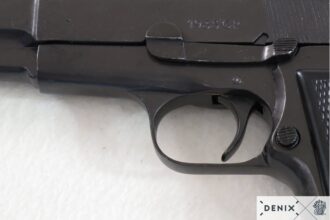 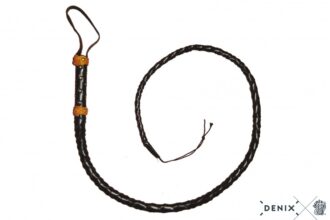 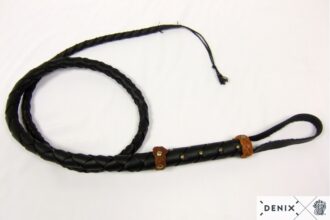 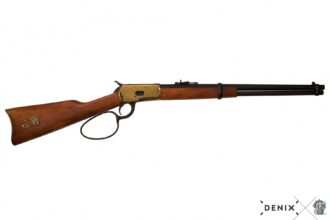